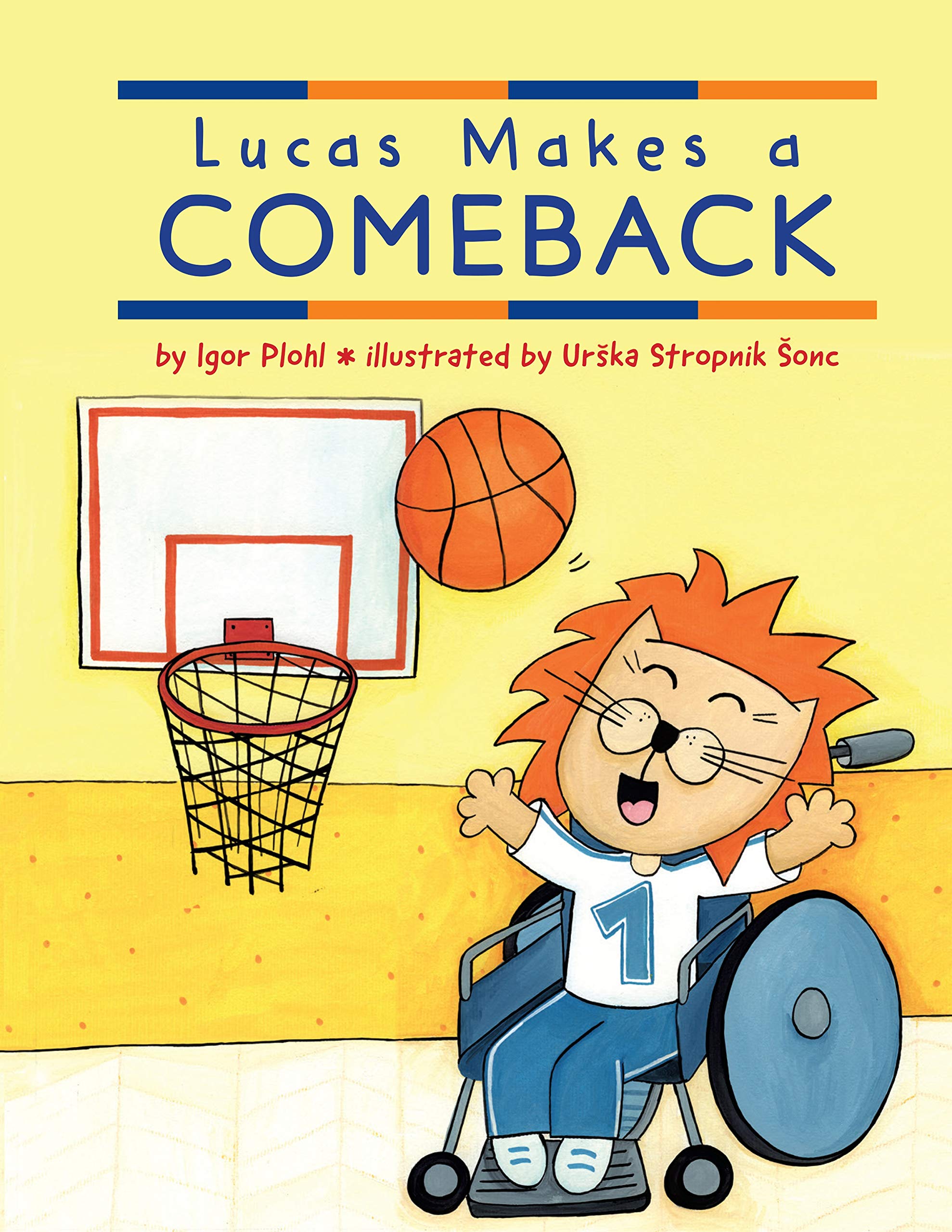 The story of Lucas the Lion is the story of a not quite so ordinary lion. After a serious injury to his spine, he finds himself having to use a wheelchair. Facing these new circumstances, he learns the real value of life and how to overcome obstacles that he faced following his accident. The picture book includes an informative photo booklet about the lives of people with disabilities.

The story of Lucas is based on the author’s true story. The author tirelessly visits Slovenian primary schools and educates children about life as a person with a disability.

After falling off a ladder Lucas the Lion finds himself having to use a wheelchair and has to face some of the most difficult moments in his life. At first he was terribly sad, he feared that he would never be able to do all the things he enjoyed doing before the accident. He would never be able to drive a car or a bicycle and even doing his job as a teacher, a job that he loved very much, seemed impossible.

But slowly, with the help of his friends, the headmaster of the school where he taught, as well as the pupils and their parents, he regained his independence. The headmaster explained to him that he would be happy for a teacher with a disability to teach at the school, while the parents and children organised a charity event to raise money to help their teacher. And his friends, they worked together and bought him a car. All of these selfless acts motivated and encouraged Lucas to work hard on his exercises and gave him the strength to adapt to his new life in a wheelchair.

His new independence gave Lucas a sense of strength and the desire to overcome the last obstacle in achieving complete independence, moving out of his parents’ house to live on his own. But what could he do, all the apartments had stairs! When he finally got the news that an apartment had been found for him, he was happy as could be.

There was enough room in his new apartment for him to move about with his wheelchair as much as he wanted! And whenever he needed any help, he could simply ask his friends and they would always be happy to do what they could to help him. Lucas learns that despite having to use a wheelchair, this doesn’t mean that he can’t go cycling, dance, play table tennis, basketball, badminton and lots more. He can even go scuba diving!

Now is his life happy again.