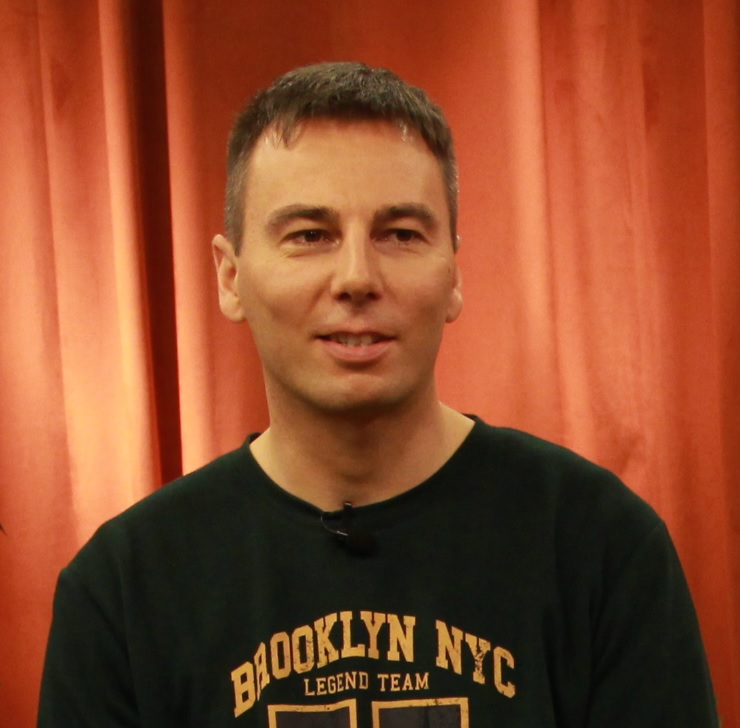 I was born on March 10, 1979 in Ptuj (Slovenia). I grew up in the picturesque, hilly settlement of Vičanci in Slovenske gorice. I finished primary school in Velika Nedelja and high school in Ptuj. After graduating in 1998, I enrolled at the Faculty of Education in Maribor, where I graduated in 2003 and became a professor of geography and sociology. In February 2014, I obtained the title of Master of Science (Geography - Field of Education) at the Faculty of Arts, University of Maribor. As a teacher, I first worked at the Primary School Bojan Ilich in Maribor, and later at the Primary School Cankova in Goričko.

In June 2008 I became paraplegic due to a fatal fall from a ladder. When my students prepared a charity event for me, I was very excited. In gratitude, I wrote a tale about a brave lion. Based on this fairy tale, the picture book ROGGIE THE LION FINDS HAPPINESS was created and published in 2009. After a long rehabilitation, I live now independently again, despite my disability. I moved to Lenart in Slovenske gorice, where I still live today. I am currently employed as a teacher at the hospital school, which is a unit of the Primary School Bojan Ilich and operates at the Pediatrics Clinic of the University Medical Center Maribor.

In addition to employment, I dedicate a lot of my time and energy to raising awareness among children and adolescents about the consequences of spinal cord injury and disability. By the end of 2020, I had made about 200 presentations of my life story and books throughout Slovenia.